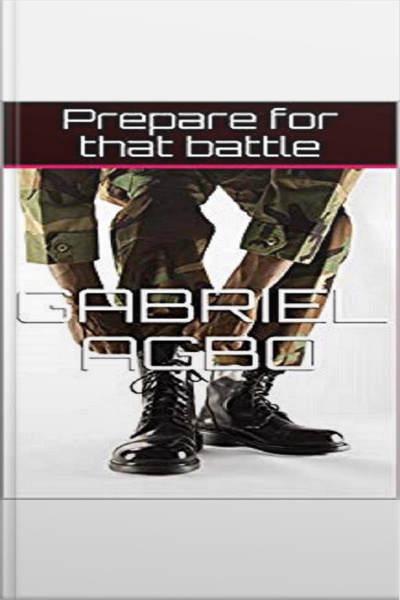 Prepare For That Battle

Are you battle ready? Always be prepared. We must not take anything for granted. Yes, life is war, and as in every war there are always many battles to fight. When you win one, then you prepare or go over to the next. Until you win the entire war. Here you will know why the war and also learn the principles of winning life battles. Solomon became the wisest, richest, most influential and most famous king on earth. With that kind of goodwill and resources, he went ahead and built a great army. Wow! So he was also a military strategist? Yes! Now, why won't this king enjoy a whopping 40 years of peaceful and prosperous reign? Attempting to attack him or his kingdom would have been a big risk, suicidal mission for anybody or any nation. What were his secrets and strategy? We must always be prepared. Our God is a warrior and we must see things the way He sees them. We must go closer to Him and learn how He fights His battles.
We also looked at the defence policies of countries like the United States of America. Why is it today the only world super power? What is the size of its defence budget and activities? What is it doing right? You will also see the following revealing chapters: The LORD is a warrior, Prepare for war, Praise, gratitude and humility, Are you well organised? Men, equipment and Strategy and Spread it out. Do you know that God has given you knowledge as your capital and your security? And how can you deploy this? You must read this book. It is dedicated to Christeen Maria RivaRigobert; who served in the United States Army from 1988 - 1998.