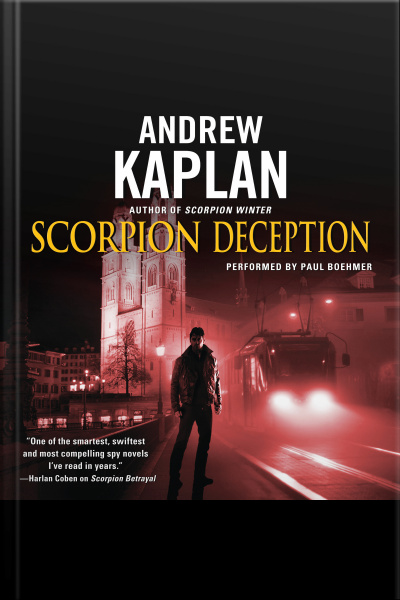 In Switzerland, a brutally efficient hit squad storms the U.S. embassy, stealing classified files and leaving no witnesses alive. Under intense political pressure to find those behind the attack—with Congressional leaders demanding military action—the CIA turns to the deadliest agent they know: Scorpion. But Scorpion is unwilling to get involved . . . until he learns his name is at the top of one of the stolen lists.

What Scorpion uncovers sends the CIA scrambling: evidence linking the attack to an unknown Iranian power broker known as "the Gardener." Scorpion follows the trail to Zurich and Barcelona, where he meets his match in Scale, an agent as lethal as the viper that is his namesake. A deadly dance of deception ensues, bringing Scorpion into Tehran's inner circle, but not even the political elite know who the Gardener is—or what his next move might be.