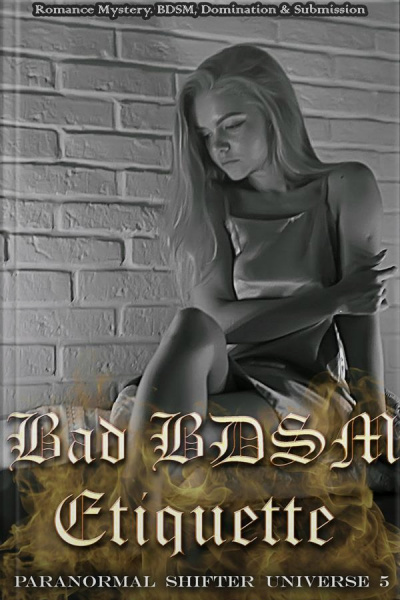 Kristine is eighteen and working a high-stress job at a company of men who think of her as a talking photocopy machine. She's the youngest personal assistant to the CEO, working with impossible deadlines and management meetings when he can't even be bothered to show up.

The fact that she's a rabbit shifter means she's never taken seriously. It's really a matter of time before her fraying nerves snap and she crashes and burns. Except she can't crash, not without the right push. She goes looking for the wrong type of company and it all goes spiralling downhill from there.

"Yes?" she asks, not really looking up. She rubs a hand on the back of her neck uncomfortably before looking up. It appears she's looking for something, digging into the office supplies cabinet. She huffs and goes on her hands and knees, presenting a completely tantalizing scene for him. He licks his lips and tells himself that he's not a teenager. He is in control of his body.

"It's Sunday," he tells her, frowning at the waif of a thing rummaging through the knives and scissors before pulling back with a particularly sharp pair. She seems to remember he's there only after she has turned back around and her eyes widen.

While it's not his first time seeing her, thanks to her cv, it's the first time she has seen him in person. And it appears she likes what she sees, her eyes widening and a pink blush coloring her cheeks. She's wearing a blouse that's buttoned all the way to her throat. She fiddles uncomfortably with the cuffs under his scrutiny. He tries to soften his gaze.

She tilts her head like she doesn't get what he's trying to say, so he tries again.

"Oh." Her lips purse and he wants to suck and lick at them until they're kiss swollen and red.

He takes a careful inhale and frowns again. She smells off too. Nothing terrible, but just... off.

"Should I leave?" she asks carefully, testing the words in her mouth like they're foreign to her. She's holding the pair of scissors in front of her like some sort of weapon.

This isn't going the way he expected. He's usually very good with charming women. "I'm not telling you to leave," he blows out a breath.

Her shoulders slump and she relaxes. Her hands are shaking and there are rings of purplish-grey bruises around her wrists, fading to brown at the edges. It's even more pronounced because of her pale skin.

His throat goes dry. "Are you alright?" he asks. There is a confusing array of scents coming from the young woman in front of him. She looks young for her age. Eighteen. Jesus.

"I'm fine," she says, again in that disinterested tone. She catches the way he is staring at her wrists and joins him, staring at them in confusion, like she can't quite remember how she got them in the first place. After a moment, she folds her cuffs up higher to hide the bruises.

Making an executive decision, he steps all the way up in front of her and tips her head up, fingers pinching her chin. Her eyes are a lovely brown shade, but that's not what he's looking at. Her pupils are dilated and her vision keeps skipping over him. "How many fingers am I holding up?" he asks.

She leans into his touch and closes her eyes instead of focusing on his fingers.