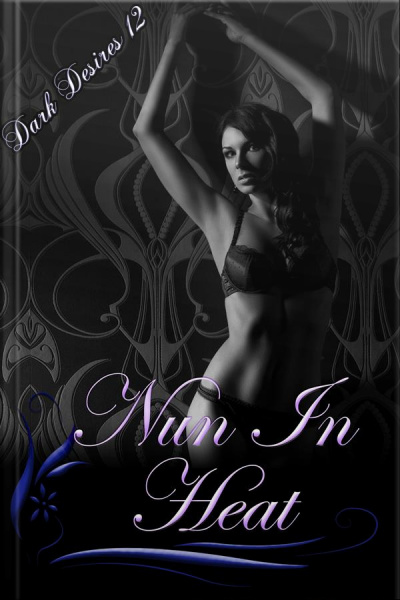 Adopted and raised by the local church, it's no surprise that Lacey's growing up to be a God-fearing, law-abiding, goody two-shoes. Her practice of abstinence is well-known throughout her school, but behind closed doors, it's a different story altogether.

Lacey kept quiet as she saw Sister Clarice disappear into the confessional booth.

She was incredibly curious as to why the sister would head into the booth even though she knew there wasn't anybody on the other side of the panel to hear her confession.

Maybe she didn't want anybody to hear what she had to say? Whatever she was going to say, it would be between Sister Addie and God.

Lacey should really be leaving, she knew that. Yet, her feet was carrying her closer and closer to the booth, her legs no longer her own as she made her way to eavesdrop on the sister's confession. Carefully, she snuck into the booth, looking around to make sure she really was the only one there before sliding past the red curtains.

She crept into the unoccupied side of the confessional booth and paused when she heard moans from within the doors. She had expected to her Sister Addie's deepest, darkest secrets. Unbeknownst to her, she was in for so much more.

She squatted down below the panel that separated the two sides of the booth and slowly cracked open the panel.

Her eyes took a moment to adjust, but her ears were picking up louder moans now that the panel was open. It took a mere moment for her to realize that Sister Addie wasn't alone. There was someone in there with her and the moans sounded decisively male.