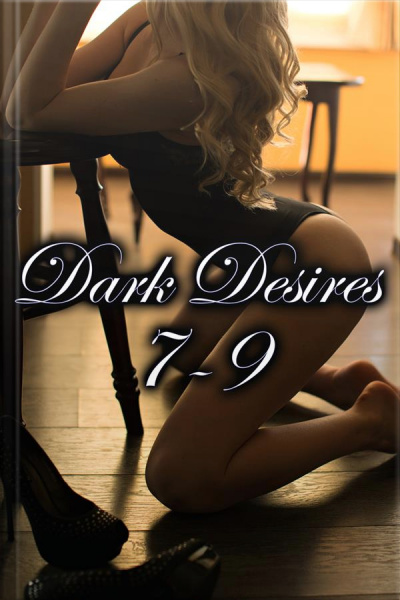 These three standalone stories take love to another level. The dominating alpha men bind and take innocent young women in all-too-public places. Being dominated has never been more enticing.

Excerpt from Punished By Men:

Baron's quest for a submissive began as soon as he knew he wanted to start a club. He was forced to accept that the task was much more challenging than he had predicted when he still couldn't find one after the club had finished construction. He couldn't throw money at it to solve the problem, as he had been so used to doing. The more money involved, the less likely they would find someone suitable, something which he had to find out the hard way when a hooker showed up at the door.

Not many young women were willing to give their trust to an unknown man and accept a role that would likely define their entire lives. It was the kind of work that wouldn't last past their primes and women knew that.

The few that had gone to the interview had, thus far, been unsuitable.

One young woman cried throughout the entire interview after he spanked her just once and not in a 'it hurts so good' kind of crying either. She insisted she would be able to get her act together in time for work but he didn't want to hire someone who was at a risk of being emotionally scarred during one of their sessions.

Another thought the work was disgraceful and was insulted that she was even offered the interview in the first place despite having applied to it herself. She was particularly beautiful, but he knew it would be a complete disaster to have her there. It seemed she had pretended to go along with the whole thing just in order to finally meet him in person. He made sure to have her name blacklisted in all his company's future interviews. He did not appreciate time wasters.

The third interviewee had showed up half drunk. He promptly signed her up for rehab after she threw up on the interview table.

The submissives he knew all either had steady income jobs that paid higher than what he was offering or loved their jobs. He was prepared to approach other Doms and ask if they were willing to share their subs for specific nights, but he didn't want to have to deal with different girls every night.

The club had only been open for a little over a week and already Baron was bored out of his mind.

"Now, tell me about the young woman you have in mind," Baron asked James.

The younger man gulped, not used to have the black man's completely attention on him. His boss was an imposing man, not only in size but in intensity. He had a way of looking at people that made them feel miniscule and insignificant.

James owed the older man his entire career. If it wasn't for him, he would be out in the streets.

He had thought of Gabriella in the spur of the moment and hadn't realize he had spoken out-loud until Baron asked him for details.

"I met Gabriella in college. Last I heard, she was desperate for work," he said.

Baron sent him a look at made his spine curl. "What makes you think she'll be good for the job?" he asked. He was looking for a submissive, not some unemployed college graduate.

James hastily continued. "Based on the grapevine, she's a submissive."

Baron's lips twisted. That is useful information. "What was she studying?" he asked.

"She studied sociology and have been working mostly admin positions for the past year. Lost two jobs from inappropriate behavior."

"Seems she was keen on sleeping with her colleagues at work."