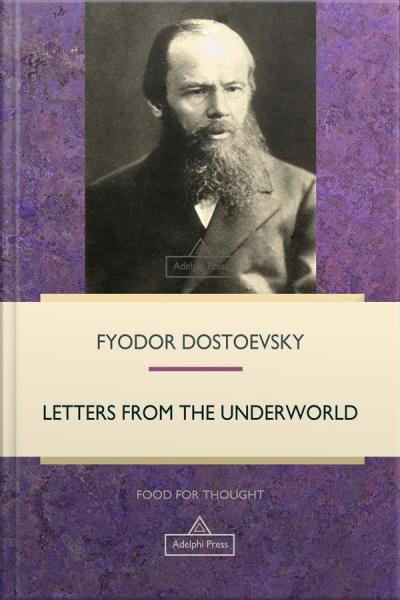 Letters From The Underworld

Unlike most people, who typically act out of revenge because they believe justice is the end, the Underworld Man is conscious of his problems and feels the desire for revenge, but he does not find it virtuous; the incongruity leads to spite towards the act itself with its concomitant circumstances. He feels that others like him exist, but he continuously concentrates on his spitefulness instead of on actions that would help him avoid the problems that torment him. He even admits that he would rather be inactive out of laziness.