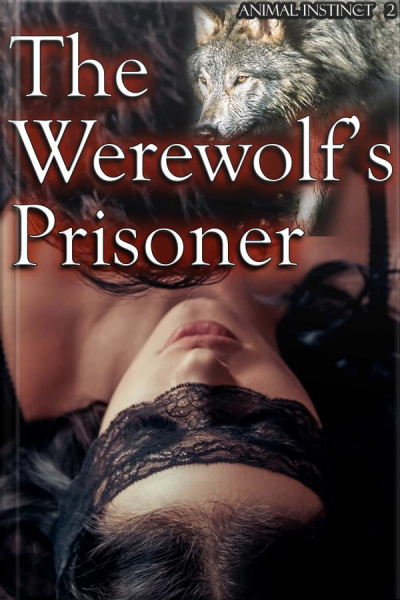 Princess Imra is a half-shifter, a human with furry animal ears and a tassel tail that gives away the lioness purring inside of her. At eighteen-years-old, she has never left her castle, let alone her land. Fate has other plans. She is assigned as a part of a peace envoy Wolf Kingdom, but they are attacked and she is taken hostage by a powerful Alpha Werewolf who would make her his mate.

"Who are you?" he asks, his grip on her face still firm, so she can't look away and think of a suitable lie.

He catches the lie. His fingers pinch her chin tight enough to hurt. Tears burn in her eyes. "The truth," he warns.

"I'm telling the truth," she whispers. She hasn't started with the lying parts yet. "My name is Imra. I'm a-"

He lets go of her as if she burns. "Even now you don't trust me," he says.

The response comes a little late. "You haven't given me any reason to trust you."

"Have I not?" he growls. His eyes are locked with hers, and there's something burning there, in the werewolf's gaze. She thinks it must be anger, because he's tried so hard to keep her safe and she's not appreciating his effort at all, or maybe he's just frustrated with how she keeps getting herself in trouble the moment he stops paying attention to her and-

Oh, his lips are softer than she's imagined. It's all heat and strength and fiery, desperate passion, warm hands cupping her jaw as he presses their lips together, like a man starved, pushing her back until she is lying on his bed.

"I don't care if you're a mouse," he breathes against her lips.

He feels so good, warm, kissing a trail down her neck and- "Oh!" she gasps. He thinks she's hiding what she is because she's a mouse. It's sort of insulting, really.

He kisses the spot below her ear, where he can probably feel her heart beating a rapid tattoo, skin tingling hot and cold all at once.

Her brain stutters stop, confused for a moment. Then, she realizes he's asking if it's okay for him to kiss her, which is a ridiculous question considering he already has her in his bed and is kissing a trail of fire to her heart, tugging her linen down and tearing the fabric to expose more skin.

He pauses and looks up, and she's confused about what he wants from her and- Oh! She shakes her head. "I've never-"

"Never what?" he asks, amused. "Never made love? Never kissed?"

Any of those. She's never done any of those. But wait, she has, hasn't she? "Lord Owen stole my first kiss," she blurts out, and then her cheeks are burning because she sounds so much like a child.

He smirks at that and flips over on the bed, pulling her with him so that she is splayed on top of him, straddling his torso with her knees on either side of him. He is trying to give her control, she knows that, and it warms her heart to know that he cares about her enough to want her comfortable. He opens his eyes and looks at her like she's a feast and he mean to enjoy her slowly. The light from the fire plays across his tanned skin, dark curls of his hair splashed on the cream sheets like fire.

His hands rests on her hips, keeping her still, trapping her so she can't escape even if she wants to. She's not sure what she wants. She's never done this before. No man has ever been allowed to get close to her, let alone touch her like this.