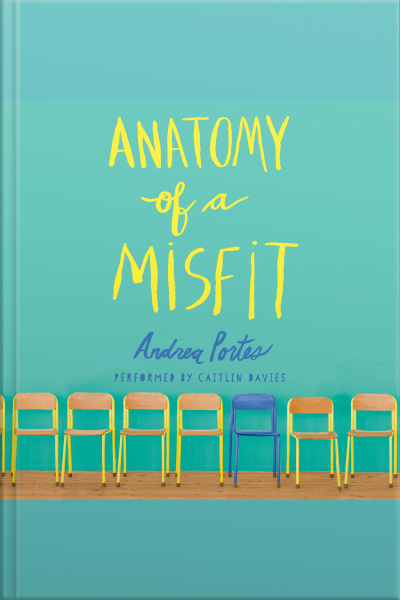 Anatomy of a Misfit

Outside, Anika Dragomir is all lip gloss and blond hair—the third most popular girl in school.

Inside, she's a freak. A mix of dark thoughts, diabolical plots, and, if local chatter is to be believed, vampire DNA. After all, her father is from Romania. Everyone else in Nebraska is about as American as an apple pie . . . wrapped in a flag . . . on the Fourth of July.

Spider stew. That's what Anika is made of. But she keeps it under wraps to maintain her social position. One step out of line and Becky Vilhauser, first most popular girl in school, will make her life a living hell.

So when former loner Logan McDonough shows up one September hotter, smarter, and more mysterious than ever, Anika knows she can't get involved. It would be insane to throw away her social safety for a nerd. So what if that nerd is now a black-leather-jacket-wearing dreamboat, and his loner status is clearly the result of his troubled home life?

Who cares if the right girl could help him with all that, maybe even save him from it . . . ?

Logan. Who needs him when Jared Kline, the bad boy every girl dreams of, is asking her on dates?

Andrea Portes's emotionally devastating debut YA novel lays bare the futility in pretending to be something we're not and the value in finally celebrating all that we are—inside.