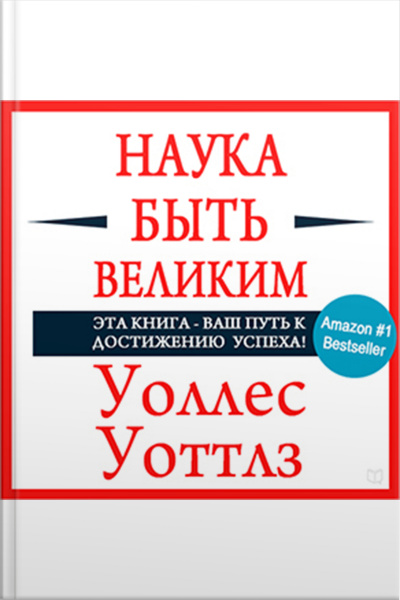 The Science Of Being Great

In Wallace Wattles' Third and final book in 'The Science of' Trilogy, he explains the philosophy of health in the mind as well as the body and bank account.
This series of books was the direct inspiration for Rhonda Byrne's The Secret which swept the world by storm in 2006 as a national Bestseller novel and Movie detailing just how we can be successful in everything we do and happy while doing it through a renewed perspective, a philosophy found in most religions but kept hidden from the common populace.
This third book represents Mr Wattles' final thoughts of the subject of personal success based on the ideas set forth in previous entries, while not replying on the previous two books, it stands alone as a more general theory of personal success based on the same methods as previously published.
While we may be spiritual beings by nature, our minds are primarily what give us our experiences, and by harnessing it's power and directing is exactly where we wish do we learn the secret of the universe that thought is everything.
But that utilizing that pragmatic force called the unconscious mind is where the real power of the mind, that hidden 90% of the iceberg underwater lies.
He doesn't pull any punches as he directly correlated this force with a personal God as creator of the universe who is after our highest good.
Coupling that with timeless common sense wisdom and a little in your face coaching that is the hallmark of self help and personal development.