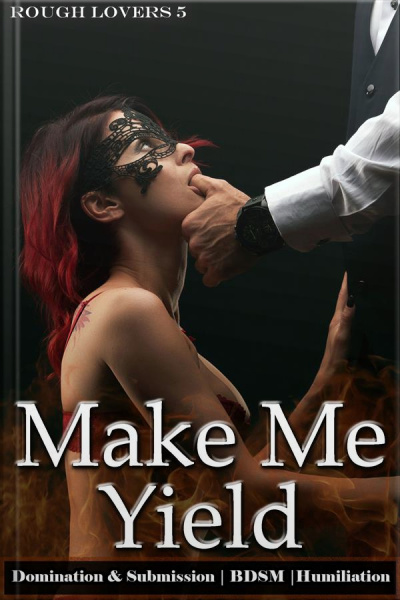 Olivia isn't prepared for what she signed up for. Not even with her extensive internet search for that could come under the topic of 'rough sex'. She thinks she's prepared for whips, handcuffs, spanking, and even some pain, considering the contract mentioned that she'll have bruises. But as she stands in the room with the powerful man, all she can think of is how much she wants to run away.

"Simulated," he corrected. "It will be entirely consensual and you will be handsomely paid."

He laughed. It was a deep, warm sound that was even more shocking because of how nice it sounded compared to the topic at hand. I stared at him incredulously the entire time. When he was finally over his amusement, he said, "Because I can."

It sent shivers down my spine, how easy his answer came to him, how simple he made it sound. He wanted it because he could. "Why not- why not hire someone?" I asked even though the answer came to me straight away. Peter approached me because it was obvious how desperate for cash I was. He didn't want an act, he wanted it to seem real.

"I prefer inexperienced submissives," he said with a kind smile that was antithetical to the words he was saying.

I stared at the papers in my hand, uncertainty brewing heavily in my mind. "I don't know if I can- I mean, I'm not sure if I can do this. I've never done anything like this before and-" I'm a virgin, I almost blurted out, but I kept that to myself. There was that practical part of my brain that told me it was only for one night. By this time tomorrow, it was going to be a distant memory and I wouldn't have to worry about whether I could afford tuition.

I swallowed the lump in my throat and crossed my legs. I clenched my hands together so he wouldn't be able to tell how strongly I was trembling. I wanted to correct him. I was much more than a little scared and a lot more than a little naive. I have never had sex.

"Of course, you could always have a safeword if you want to feel safer."

"Safe word?" I asked. There was a dotted line at the bottom for me to write it. I had been thinking about that ever since I read about it. It was a safety net that I realized I could take solace in. All the information I read had emphasized the importance of a safeword, especially when 'playing' with a new partner.

"Yes," he said. "Having a safeword would allow you stop whatever it is that is going on," he said. "However... if you choose to go without one, I'll double the money."