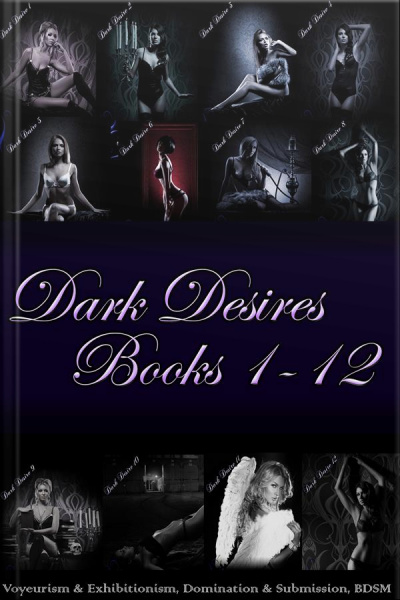 The last thing the twelve innocent young women in this complete anthology expect is to find love so interlaced with pain and humiliation, but it finds them and captures their wills completely, making them surrender to the ardent loving that is inescapable.

Excerpt From "Punished In Public":

He had her exactly where he wanted her: At his mercy.

He watched with quiet delight as Katrina's pretty young face turned crimson. She was so easy to toy with. She stood there, blue eyes wide and round, mouth agape, confusion all over her expression.

Her breath came in short gasps. "I didn't steal that!" she gasped.

"The proof is literally in my hands," he said. He had been watching her since the first day she showed up on his doors and coveted her the entire time. He yearned to bend her over his knee and spank her. It had to happen sooner or later, and today was finally the day.

He came up with the plan to finally get her where he wanted her. It came to him when he was doing the books and realized there was money missing. Not a lot. A ten dollar bill here or there every month.

He suspected Dexter. After all, his old friend had only got out of prison two year ago from robbing a grocery store.

Dexter admitted to skimming money from the cashier when Katrina was entertaining customers almost immediately. He didn't see what the problem was since the store was bringing in tens of thousands.

Carl didn't mind covering the losses, but he formed a plan then. If he could accuse Katrina of doing what his friend had been doing, he would be able to convince the innocent young woman to do what he wanted.

The only downside to his plan was that he had to get Dexter involved. He would much rather have Katrina all to himself, but needed Dexter to slip the perfume into her bag when she was busy tending to customers. He was also the one who slid the wad of cash into her bag.

"Why don't you just admit it?" she said. "This will go easier for you if you do."

"Is there anything else on your body?" he asked.

Her eyes widened even more and she looked thoroughly horrified. Instinctively, her arms wrapped around herself for protection, but there was no need for him to pry her arms open. He was going to make her give up.

"I'm going to need to strip search you," he said.

Katrina looked around, trying to find an escape. A tear fell from her eye and streamed down her cheek. "You can't do that. I'm innocent," she said

He waved the perfume at her and the scent dispersed in the room. It was a pleasant scent, fruity with a musky undertone. "The proof is right here," he said. "Would you rather I call the police?" he asked.

Her bottom lip trembled and her arms fell uselessly to her side. "No," she whispered.