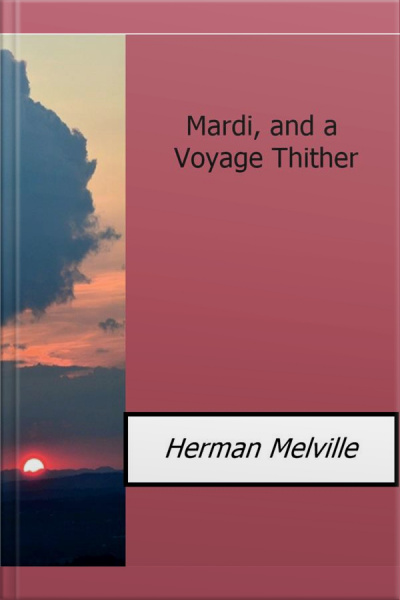 Mardi, And A Voyage Thither

Mardi, and a Voyage Thither is the third book by American writer Herman Melville, first published in London in 1849. Beginning as a travelogue in the vein of the author's two previous efforts, the adventure story gives way to a romance story, which in its turn gives way to a philosophical quest. Mardi is Melville's first pure fiction work . It details (much like Typee and Omoo) the travelings of an American sailor who abandons his whaling vessel to explore the South Pacific. Unlike the first two, however, Mardi is highly philosophical and said to be the first work to show Melville's true potential. The tale begins as a simple narrative, but quickly focuses upon discourse between the main characters and their interactions with the different symbolic countries they encounter.