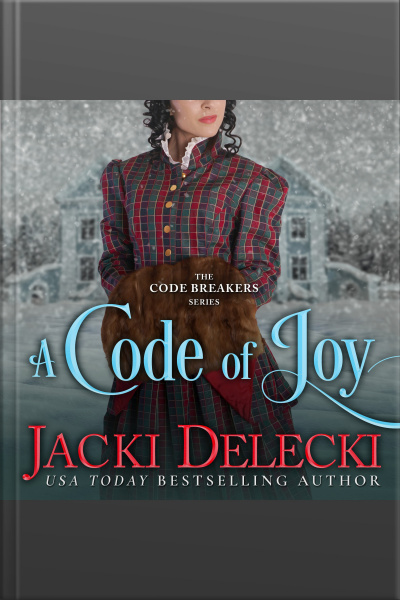 A Code Of Joy

Rejected by society, she finds what she’s been looking for. And more…

Miss Joie James is a dangerous combination of inquisitive and innocence. After trusting one man she shouldn’t have, she’s caught up in a scandal. Being sent to stay with her elderly aunt seems a horrible way to spend Christmas, bored senseless at the country estate, when all she really craves is adventure. Alas, fate intervenes when the weather forces her carriage to layover at an inn in a small village. There, Joie gets much more than she bargained for when she’s incorrectly identified as a French spy.

Driven to prove himself, forced to choose between his heart and his head.

Lieutenant Reginald Talley cannot make a mess of his first real mission for the Crown. Tasked with convincing a beautiful female spy to help him gain Napoleon’s trust, he eagerly awaits the clandestine meeting in a smuggling town inn–too eagerly he realizes when he stupidly approaches the wrong woman. Now the mistaken young lady is a thorn in his side, following and watching his every move, as if this is some kind of holiday game instead of life or death. He must convince her to go away. Never mind that she makes his blood run hot or that she consumes more of his thoughts than she should. By being around him, she’s putting them all in danger.

But when Joie overhears the French woman plans to kidnap Reggie, Joie suddenly becomes a target and Reggie must admit his feelings toward her have changed. She’s no longer an unwanted pest, but a woman he can’t imagine living without. When Joie is kidnapped, Reggie will risk everything—including his life—to save the woman he loves. But will he be too late?