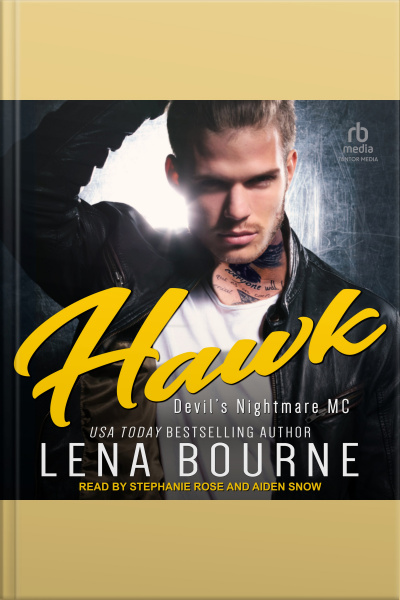 I lusted after the gorgeous female MMA fighter Yanna for years through the computer screen, where I spend most of my time as the hacker for the notorious Devil's Nightmare MC. When I finally meet her in person, she's everything I hoped she would be. The perfect blend of sass and sweet.

But being with her means going against direct orders from my President, and could mean messing up the most important job the MC's taken on in years. I'd gladly lose it all for the taste of her lips and the touch of her sweet curves.

I've been fighting my whole life. Fighting to win, and fighting to escape the danger I've been in since I was a teenager. Now here's this guy, saying he can erase all that danger for me like it never was. But he's the real danger. His touches, kisses, and strong arms around me make me soft, make me weak, make me unable to fight. If I surrender to him, he'll take away all I worked for, all I sweated and bled for.

It's impossible not to surrender to him, because that's all I want to do, all I ever wanted, but didn't know it. He will take me under and he'll make me love it. Wanting him is the first thing in my life that I can't fight.