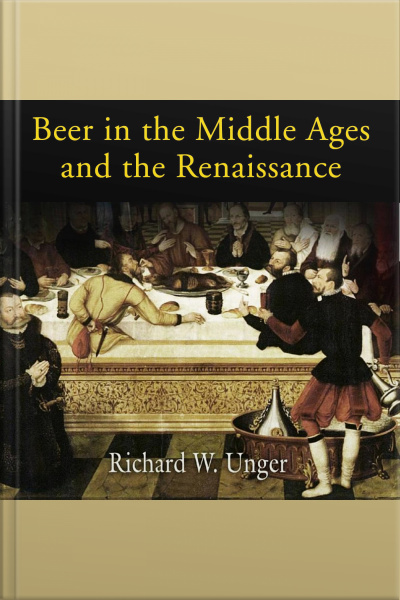 Beer in the Middle Ages and the Renaissance

Modern beer has little in common with the drink that carried that name through the Middle Ages and Renaissance. Looking at a time when beer was often a nutritional necessity, was sometimes used as medicine, could be flavored with everything from the bark of fir trees to thyme and fresh eggs, and was consumed by men, women, and children alike, Beer in the Middle Ages and Renaissance presents an extraordinarily detailed history of the business, art, and governance of brewing.

During the medieval and early modern periods beer was as much a daily necessity as a source of inebriation and amusement. It was the beverage of choice of urban populations that lacked access to secure sources of potable water; a commodity of economic as well as social importance; a safe drink for daily consumption that was less expensive than wine; and a major source of tax revenue for the state.